“I have always imagined that Paradise will be a kind of library.”
― Jorge Luis Borges

First, the thank you: Mr. Mukesh Kohli, President of the Rotary Club donated new books to the VIDYA School, which were collected from students of Rotary school. The guests were given a traditional welcome, the students also sang songs and presented them with a dance. We were joined by Ms Hardeep Kaur from Federal-Mogul who is our partner in various VIDYA women’s programs. Thank you so much for this thoughtful donation, Mr.Kohli! It’s a significant addition of volumes to our library, and our students were absolutely overjoyed at all the new books they get to read.

But at the end of the day, we’re a school, so instead of– like typical bibliophiles– droning on about how they smell, why not make this educational?

The smell, whether old or new, is actually caused by a mix of hundreds of compounds, and most of the significant ones aren’t unique to books. It’s just the way they smell together, and they’re there because of the way that books are made.

The point of the papermaking process is to create a stable, reliable material which can be inked, without blotting or significant degradation over time. Older books had higher amount of lignin, which is also the same reason they get yellow with time, due to several chemical reactions that deteriorate the paper this way. Modern paper, especially very glossy, bleached or very thin paper, have the lignin reduced significantly to counter this effect.

In older books, the chemicals used to make paper have naturally degraded over time into benzaldehyde, vanillin, ethyl hexanaol, toluene and ethyl benzene, among numerous other aromatic and non-aromatic compounds. Of that, the most recognizable smell is likely vanillin- yup, the smell of good old vanilla. It’s the same thing you use in cakes, biscuits, chocolate and vanilla ice cream. So maybe old books just remind us of food? That might explain all the people who go to coffee shops with an old book they just bought, order a coffee, something sweet to go with it, and then attempt to read for about 2 minutes before putting down the book and trying– and failing– to inconspicuously observe the other customers.

Hey, you can admit it, we’re all guilty of it.

But new books are different. The dominant smells are from chemicals like vinyl acetate ethylene, alkyl ketene,  and even plain old hydrogen peroxide.  These chemicals are used to treat the paper, to make the adhesive for the binding and to alter several factors about the paper to make it more ideal for printing.

Here’s a great infographic about it, from scienceabc.com:

There may be bad news. The modern papermaking process uses some rather different chemicals, so we’re not quite sure how these books will smell 50 years from now!

Then again, maybe it’ll smell like something new and amazing altogether. But just in case, we should probably keep our collection of vintages safe and selfishly ‘un-lent’!

This post originally appeared on our sister site, www.vidyaschool.com 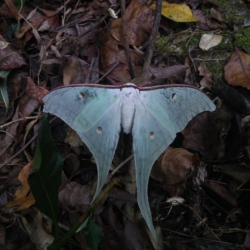 Latest posts by VIDYA (see all)