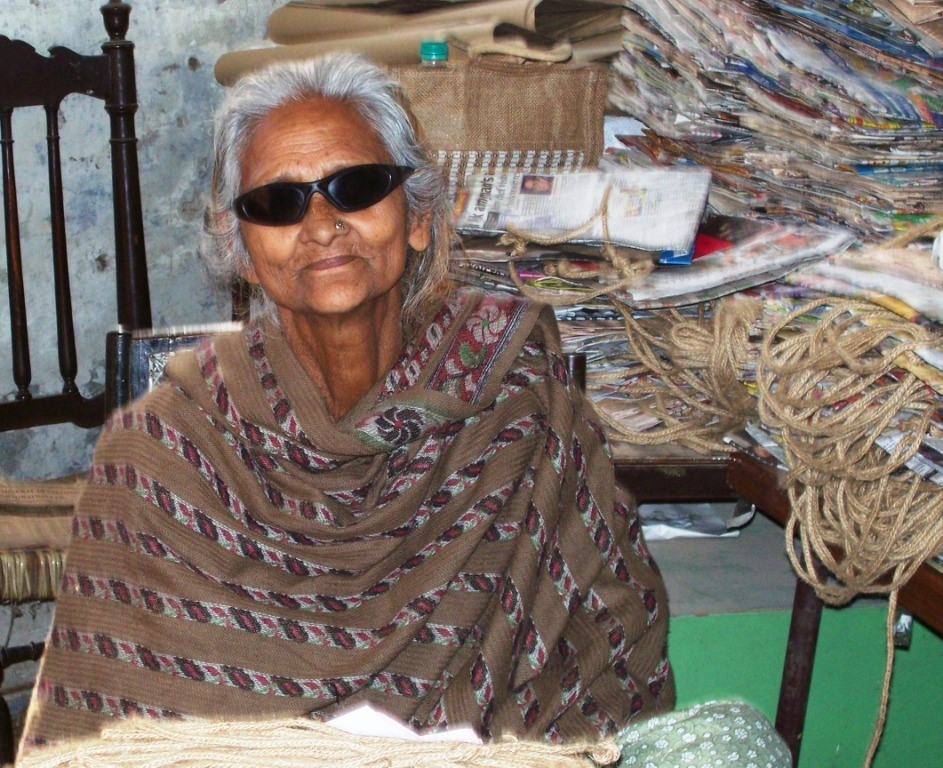 I remember Lilawati. She has passed away, it’s been six years now. But my memories of her will never fade.

One afternoon at our Women’s Center at Sainik farm in 2008, the social worker and supervisor Geetanjali introduced me to her. Her sad expression, state of clothes, and tiny tense body told her story even before she did. She was old, and therefore useless. A ‘burden’ for her two married sons who considered every penny spent on her a waste. They and their wives humiliated her constantly, often did not give her food and kept taunting her. Having no husband for support, she could do little except just bear it silently. She used to stitch and do handwork before her eyesight deteriorated. She requested me to give her some work— she could put beads, do packing, and any other light work needed in our center where we made products for sale. So we first got her eyes tested and bought spectacles for her. She was delighted! Now she could see enough to make use of her talent, and she was indeed skilled. A careful worker, she noticed minute details, as ready to take on any responsibility, and always ready to share. She gradually became a part of our small family as her views, experiences were valuable to all. On the day she would get her money for the work done- her eyes would light up— she actually did a small jig once! She usually got hand-made sweets for everyone. She had got her respect back. The treatment at home improved miraculously once she had proved she could still earn!

Her stature, way of talking, or something somehow reminded me of my Mausi (mother’s sister), who was more than a mother for me in my childhood.

But then, she fell ill. We tried to get medicines across but her sons claimed they were doing all that was needed and refused to let us in. After three months of fever and a chronic infection, we came to know she was no more. The son’s wife came to collect her dues and was tight-lipped about what happened. I could not help but wonder what did. I felt so helpless. We could not do anything.

But yes, I do derive some comfort from the fact that at least for some days, we did our bit in making her life worth living. And the thought that there could be many such lives in situations which need intervention makes me try and keep trying to reach out to those through VIDYA. I wish we could have reached her earlier. I wish her children had been in VIDYA, and taught to respect and look after their elders. I wish their children go to a school to learn basic values.

I want to take education, awareness of legal rights, physical and mental health programs, and basic life skills to our numerous children, youth and women who do not have access to them. As a professional counsellor and a psychologist, I know there is so much which can be done at many levels for the physical, emotional and intellectual development of individuals to teach them to live a healthy and meaningful life. I feel that the stress and disturbance we see all around us needs to be taught to be handled from childhood itself.

I have to be active. I have to try and do as much as I can. Whether it’s with others or on my own.

Through being an active member of VIDYA since 22 years, I have tried my best and will keep doing so. I do pledge that.