GO BACK
Previous
Next

Nearly 1 in 4 urban residents live in a slum
Urban poverty in India is unique, particularly in the way that it follows certain patterns of growth. Though the proportion of urban poor has reportedly declined over the past decades, the numbers keep adding up, fuelling the persistent nature of slums. In 2001, according to the National Report (India Habitat III by the Ministry of Housing and Urban Poverty Alleviation) about 23.5% of urban households were slum dwellers. This percentage had decreased to 17% by 2011 even though the total number of households living in slums had gone up from 10.5 million in 2001 to 13.75 million in 2011. Mega-cities are where the majority of urban poverty growth happens. Beyond School program caters to slum communities to become sustainable by educating them on various challenges that exist which hamper the process and impact of education in children Monthly meetings and gatherings are organised for the community to discuss a challenge based in their community and resolve it systematically.

Gautam Nagar community faced the issue of sanitation and health. An organised way of solving the issue led to adaptation of government methods of segregating waste. The waste is now segregated into 2 types, wet and dry and then disposed off in to the garbage vans. Thus leading to improved waste management systems.
The Chaitanya Nagar and Indira Nagar Community faced problems of alcohol abuse. The women especially did not know how to tackle this problem. Many women discussed that the alcohol led to poverty, violence and broken families. To stop this, they came together and formed an alcohol anonymous.
What they do is they discuss the problems in their house caused by alcoholic members which in turn has given them sense of empowerment! 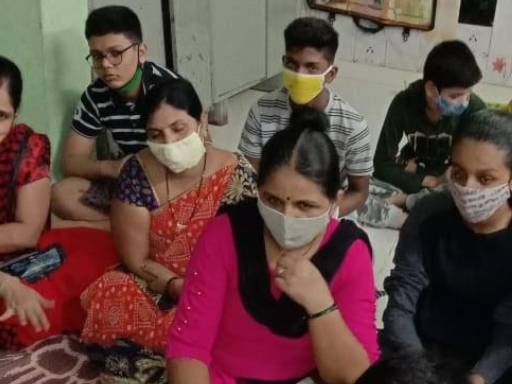 “Community is an important stakeholder, when it comes to breaking the cycle of poverty and creating sustainable communities. It is the root of any individual and thus strengthening that, in turn strenghthens the community . At VIDYA, we believe that, leadership taken by the community members will lead to impact of the program lasting forever. Community is the base of progress, where we live helps us grow and excel. Hence it is imperative to build a strong community which will foster learning and development”.

WHAT WE OFFER IN THE NEW INITIATIVE

Cyber safety awareness sessions for the mothers of our beneficiaries 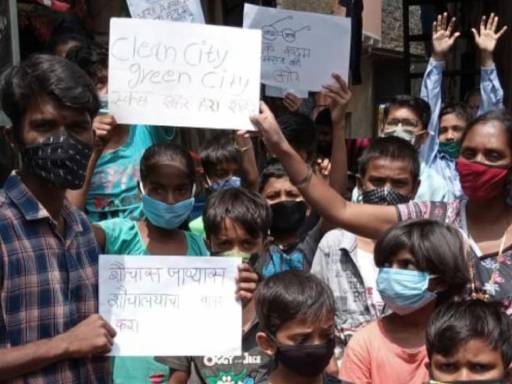 In one of the bal Panchayats, students discussed the impact of digital classrooms on the health. They suggested that the time of the sessions should be reduced and more engagement should happen through worksheets and assignments. The success is that the students are able to identify the things those are challenges and are quite vocal about the same.

“Addressing our issues is a sign of treating us as an equal stakeholder in the process of growth”, I believe that everyone has a right to voice their opinion. At VIDYA this initiative, supports them to come to together as a collective and find solution to their problems on their own. We encourage the community members taking responsibility of the same and growing.
Ms. Megha Thale , Center Manager